Chennai’s land use patterns, population stress, abuse of natural resources and climate has changed drastically in the last few years. Climate induced impacts like drought, floods, heavy rains and winds are becoming increasingly evident in the city. On one end of the continuum is summer water crisis and on the other end is monsoonal flood disasters.

Talking about floods, Chennai is the only city to receive 80% of its annual rainfall from the northeast monsoon which is short and yet powerful. Rainfall that is spread over 50 days is spreads over an average four to ten days.

In spite of the short spells the city floods. Why? the increasing population and building/land use patterns have changed the natural hydrology of the city. The water which needs to naturally drain into the sea via the regional watersheds, are now blocked by buildings and artificial man-made structures.

Impact of Climate Change on Chennai

Climate Impacts will be seen across of regions in Chennai. Given our Mean Sea Level below 3 meters and topographical homogeneity, the effects will be even in Central and South Chennai.

Most vulnerable: Those in coastal and river flood plains, whose economies are closely linked with climate – sensitive resources and areas prone to extreme weather events.

Central and South Chennai are most vulnerable due to impacts of climate. However, North Chennai was considerably less vulnerable to climate based disasters of Chennai.

However, given it’s economic viability and nodal prominence to office corridors, the region does not seem get it’s warning signs to resettle if not to evacuate!

IYCN is a youth organization in India that runs campaigns aimed at public awareness on Climate change impact and causes. Follow environmental and climate change policies and make recommendations at state, national and international platforms

A well-known NGO; an independent campaigning organization on various frontiers of environmental issues, which uses non-violent, creative confrontation to expose global environmental problems. This approach enables them to force solutions which are essential to a green and peaceful future.

WWF works in 100 countries and has drawn support from 1.2 million members in the United States and close to 5 million globally. WWF’s unique way of working combines global reach with a foundation in science and involves action at every level from local to global. They ensure the delivery of innovative solutions that meet the needs of both the people and nature.

An NGO which exclusively believes in a safe climate and a better future — a just, prosperous, and equitable world built with the power of compassionate and dedicated people.

Their mission is to broaden and diversify the environmental movement worldwide and to mobilize it as the most efficient vehicle to build a healthy, sustainable environment, address climate change, and protect the Earth for future generations.

Their mission is to catalyze a global solution to the climate crisis by making the urgent actions a necessity across every level of society.

World Land Trust (WLT) is an international conservation charity which protects the world’s most biologically important and threatened habitats. Since its foundation in 1989, WLT has funded partner organizations around the world to create reserves and give permanent protection to habitats and wildlife.

Campaigning on today’s most urgent environmental and social issues, Friends of the Earth challenge the current model of economic and corporate globalization. They promote solutions that will help create environmentally sustainable and socially just societies.

The NatureServe network includes many faces, names, and expertise from the United States, Canada, and Latin America. More than 1,000 conservation professionals work hand in hand to ensure that relevant and reliable science is driving towards important conservation action. They believe the beauty of natural life that exists all around us must be discovered, documented, protected, and saved.

Their mission is to preserve the natural systems on which all life depends. Guided by science and economics, this NGO finds practical and lasting solutions to the most detrimental environmental issues and challenges.

Mountains sustain life on earth. In a world facing unparalleled economic and environmental upheaval, The Mountain Institute is committed to protecting our mountains. By conserving mountain ecosystems and empowering the people in the mountain communities, The Mountain Institute ensures the preservation of resources—natural, cultural and spiritual—that are crucial to maintaining a healthy plan

C40 connects more than 96 of the world’s greatest cities and Chennai becomes sixth Indian city to join C40.  It convenes networks that provide a range of services in support of cities’ climate change efforts. C40 has 17 networks that cover the adaptation and sustainability topics of highest priority to C40 cities and with the potential for the greatest climate impact. C40 network help cities replicate, improve and accelerate climate action.

100RC supports the adoption and incorporation of a view of resilience that includes not just the shocks—earthquakes, fires, floods, etc.—but also the stresses that weaken the fabric of a city on a day to day or cyclical basis. Examples of these stresses include high unemployment; an overtaxed or inefficient public transportation system; endemic violence; or chronic food and water shortages. By addressing both the shocks and the stresses, a city becomes more able to respond to adverse events, and is overall better able to deliver basic functions in both good times and bad, to all populations.

What has Government of Tamil Nadu done?

Globally observations point towards a climate change scenario as temperatures are increasing, sea levels are rising, with a perceivable increase in severity and frequency of extreme events and the speed of the change is evidently fast. This is leading to a complex situation, whereby all spheres of our existence are being impacted. Due to global temperature rise and speed at which climate change is occurring, it is evident that countries are becoming vulnerable to climate change, which reduces the development path. Future vulnerability depends not only on climate change but also on the type of development path that is pursued. Thus adaptation needs to be implemented in the context of national and global sustainable development efforts.

At the same time, recognizing that the impacts of climate change will vary across States, sectors, locations, and that different approach will need to be adopted to fit specific sub-national contexts and conditions. All Indian States are preparing State Action Plans for Climate Change (SAPCCs) with the NAPCC. It is in this context that the Tamil Nadu State Action Plan (TNSAPCC) on Climate Change has been prepared.

In 2012, the State brought out a Vision TN 2023 document, which envisions an enhanced economic dynamism, best in human development, a well developed infrastructure that provides universal access to basic services and an investment climate that compares with the best in Asia and would develop Tamil Nadu into India’s foremost knowledge and innovation hub. Considering that in 2023, the State will also have to be in a leveraged position to combat the impact of climate change. However, the vision notwithstanding, has already been articulated as climate change concerns in its Twelfth Five Year Plan, and as such, is committed to fostering an integrated approach to inclusive, sustainable, and climate resilient growth and development. It is envisaged by the State that for it to be climate resilient, it needs to (a) mainstream climate concerns into all aspects of development policy and implementation, and (b) ensure complementarity with and contributing to the national agenda on climate change. Keeping in mind the overall motto of the TNSAPCC – “Inclusive Growth for Improved Resilience”, these approaches will be supported by the strategies and actions outlined in this report, and by all other necessary actions by the State Government for the achievement of the Vision.

The approach of the TNSAPCC is to create and define a overarching climate response framework at the State Government level to reduce vulnerability; reduce hazards and exposure; pool, transfer, and share risks; prepare and respond effectively; and increase capacity to cope with unforeseen events, while articulating flexible sector specific response strategies and actions keeping in mind the overall Vision. The State recognizes that it has several existing vulnerabilities (ecological, economic, social and cultural), and that climate change is likely to exacerbate these further if not addressed adequately and holistically. Therefore the climate response Tamil Nadu State Action Plan for Climate Change 15 strategy has key elements such as accelerating inclusive economic growth, promoting sustainable development, securing and diversifying livelihoods, and safeguarding ecosystems. Further, the strategy is not to be viewed as a standalone action; instead it will be integrated into the regular developmental planning process, keeping in tune with the convergence principles articulated in the State’s Twelfth Five Year Plan. “Adaptation” will be the predominant philosophy and component of the climate response strategy of Tamil Nadu, while at the same time leveraging opportunities for mitigation co-benefits. Flexibility (within livelihoods, economic, social, cultural, ecological and institutional systems), diversification (involving multiple independent flows to livelihood and natural systems), learning and education (from events at both individual and institutional levels and knowledge base required to develop new systems when existing ones are disrupted), mobility (an attribute of flexibility), operational techniques (for risk reduction before and following disruptions), convertible asset and innovation (designing new systems and options) will be the key elements of the climate response strategy for Tamil Nadu.

The State will subsequently develop action oriented operational plans and budgetary frameworks for these. It has also been ensured that all actions to be undertaken as part of the TNSAPCC have broad conformity to the National Action Plan on Climate Change and the eight National Missions under it.

Scientific Knowledge, Evidence Base, and Understanding of Climate Change

The TNSAPCC seeks to fulfill the following outcomes (which are linked to the overall knowledge management Strategy under the TNSAPCC):

Tamil Nadu is already implementing a range of steps/programmes that are climate-friendly. While continuing to foster such initiatives, the State will seek to fulfill a range of outcomes including:

The Tamil Nadu State Climate Change Cell will act as the nodal agency under the Department of Environment, Government of Tamil Nadu for coordinating and overseeing all operational aspects of the TNSAPCC implementation and coordination at the State level. It will have a Steering Committee headed by the Chief Secretary at the decision making level and comprise of other senior State officials, and for operational aspects, will have an Executive Committee with Principal Secretaries of all relevant line State Departments or their nominees. All sectoral line State Departments and other key agencies in the State will set up Climate Change Cells in their respective State Departments/agencies. These Cells will coordinate and oversee all aspects of TNSAPCC implementation in their respective sectors, as well as liaise/coordinate with the State Centre for Climate Change and other line Departments in the State as required. 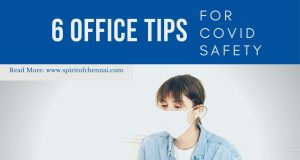